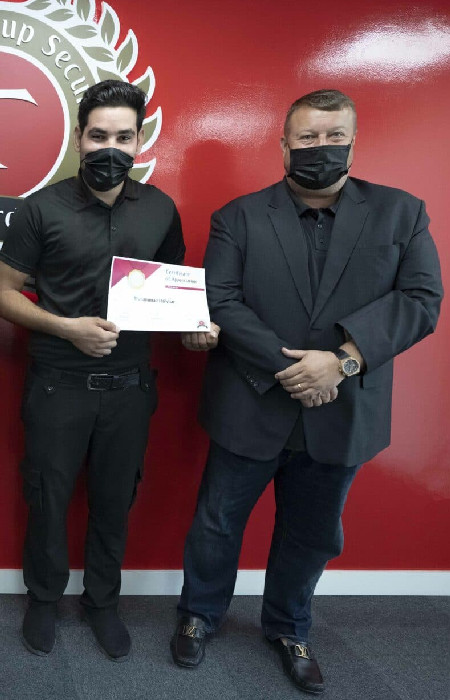 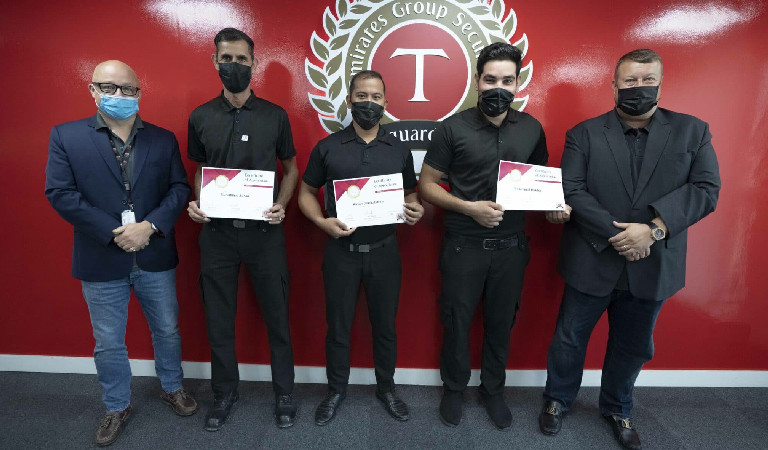 Dubai, United Arab Emirates ­– It was a regular shift for Muhammed Zubair, Richard Estebat and Muhammad Iftikhar, three security guards who are deployed at a major tourist attraction in Dubai. On hearing a crowd gather near the mechanical room, Zubair made his way to the spot to find two contractors of an external facilities management company stuck in a tank in a semi-conscious state. He called for backup and his quick-thinking saved lives.

“We didn’t think of anything and just went to help the guys. It’s my responsibility and job as a security [guard],” said Zubair, a native of Pakistan, who has worked for Transguard Group for four years.

When his colleagues Muhammad Iftikhar, from Pakistan, and Richard Estebat, from the Philippines, arrived at the scene the three took it upon themselves to rescue the two men before the paramedics took over. An investigation by local authorities revealed the tank contained toxic gas; immediate treatment was provided to the contractors as well as to our Transguard heroes, both on-site and later at a medical facility.

“Because there was a human being in the tank, I felt that if I didn’t go inside, they could die in minutes. I wore two masks and went in the tank and with Richard’s help I got them out,” said Iftikhar.

“We are extremely proud of these three men for their timely display of courage in an extraordinary situation,” said Dr. Greg Ward, Managing Director, Transguard Group.

During a recognition ceremony held at Transguard headquarters, Tim Mundell, Chief Security Officer, said: “Transguard Security guards go above and beyond, especially in this instance – they deserve the recognition. They have put others before themselves, proving once again what it means to be a Transguard guard. We are incredibly proud of them.” Zubair, Estebat and Iftikhar were presented with certificates and a cash reward, as well as a certificate of appreciation from the event organisers for their courage and determination.

Thrilled to be recognised by the management for their actions, Estebat stated: “We helped the two people there because as a security [guard] we need to secure the lives of people, so we just did our best. I am very happy that Transguard has given us a certificate of appreciation for our work.”