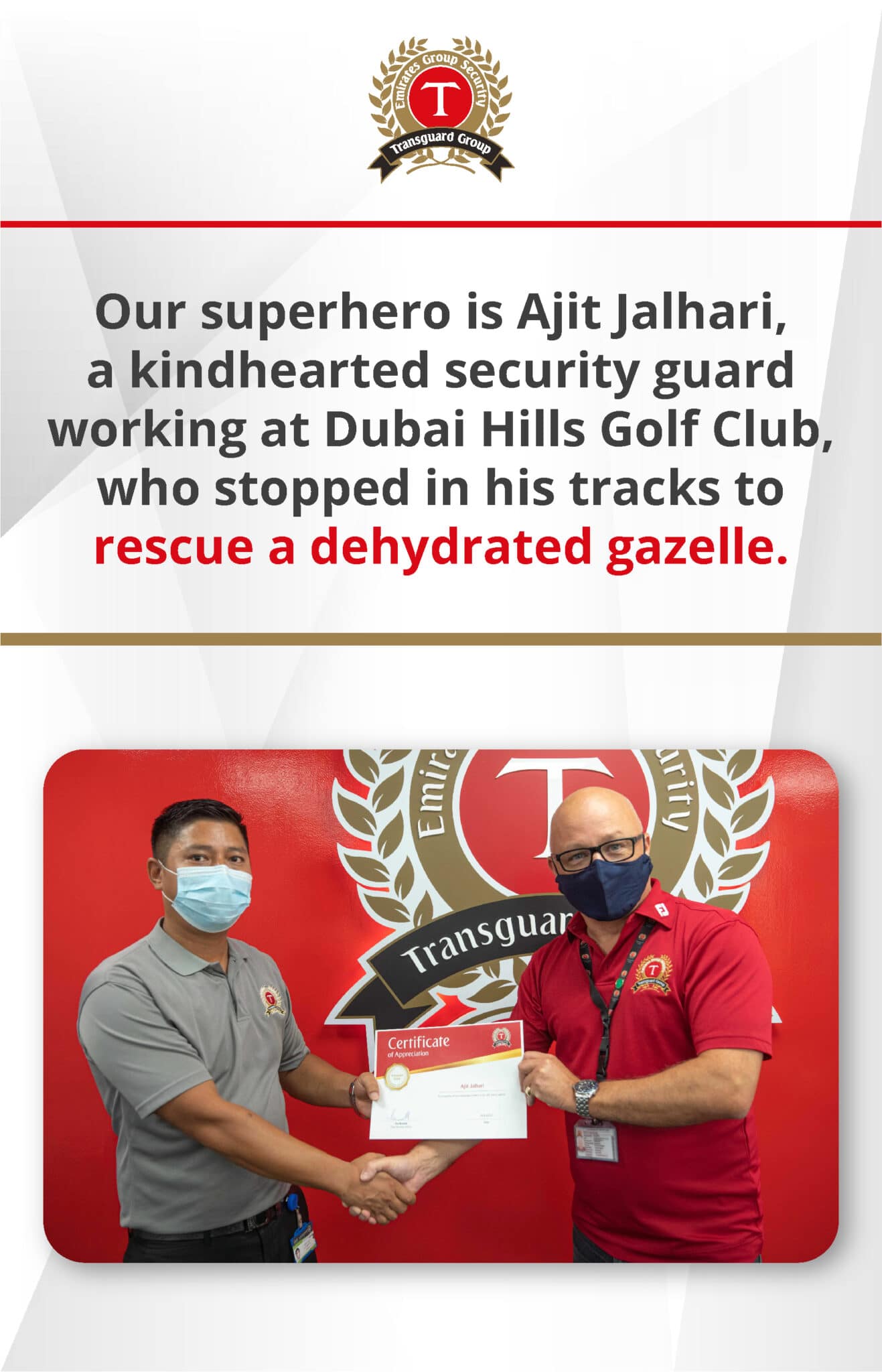 “We need to help everyone…that will save the world”

Dubai, United Arab Emirates – For Transguard Group security guard Ajit Jalhari, it was just another day at work, but for the rest of the UAE it was a heartwarming reminder that all life is precious: When Jalhair encountered a dehydrated gazelle during his daily patrol of one of Dubai’s most exclusive golf courses he immediately gathered the creature into his buggy and gave it water in an attempt to revive it. This selfless act was captured in a video by a resident of the area and subsequently shared by Lovin’ Dubai on social media, resulting in an overwhelming outpouring of positivity and well wishes for the unassuming security guard.

“It is amazing and good,” said Jalhari, a native of Nepal who has worked for Transguard Group for six years. “Thanks to everyone for seeing this video and the person who posted it…I really appreciate it.”

“We know that our employees consistently go above and beyond, so it is a joy to see the response this video has received,” said Greg Ward, Managing Director.

For Tim Mundell, Transguard Group’s Chief Security Officer, Jalhari’s actions are a prime example of what it means to be a security guard. “Our security teams do so much more than we give them credit for and Ajit’s actions are just one such example. His act of kindness has touched so many people and demonstrates that a small act of compassion and care can go so far,” Mundell said during a recognition ceremony. ”He has displayed exactly what it means to be a Transguard security guard and we are incredibly proud of how he has represented the company.”

During the ceremony, which was held in Transguard headquarters, Jalhari was presented with a certificate recognizing his exemplary service for the UAE and its wildlife, as well as the news that Mundell was naming him Employee of the Month for Transguard Group Security.

For Jalhari, who is still coming to grips with his sudden fame, caring for the gazelle was second nature, something that he believes should be second nature for all of us: “For everyone, we need to help everyone who is having problems, whether they are human beings or animals,” he declared, adding, “That is good for everybody and that will save the world.”